5 Reasons why you should negotiate your salary 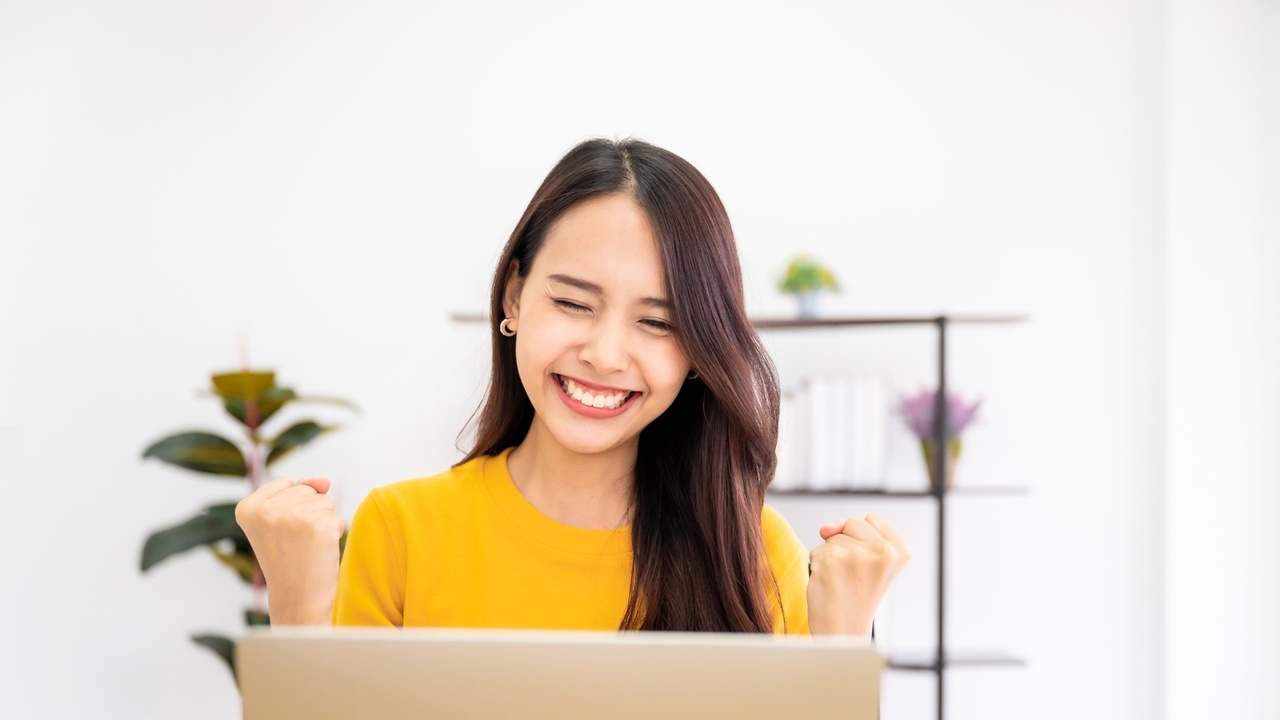 I get it, negotiating is uncomfortable. And salary negotiations can be even more uncomfortable because what we're negotiating for is very personal to us. However, when we do not negotiate, we cannot maximise the value that we get for ourselves.

Well, it is very rare and highly unlikely that someone is going to put the best offer that they could give you on the table the very first time. So therefore, if you accept someone's first offer, you are accepting an offer that is not their best offer. And by doing so, you have not maximised the value that could have been available to you if you had negotiated.

You might believe that when you negotiate the value that you get is a one-time gain or a one-time loss, but sadly you would be wrong. 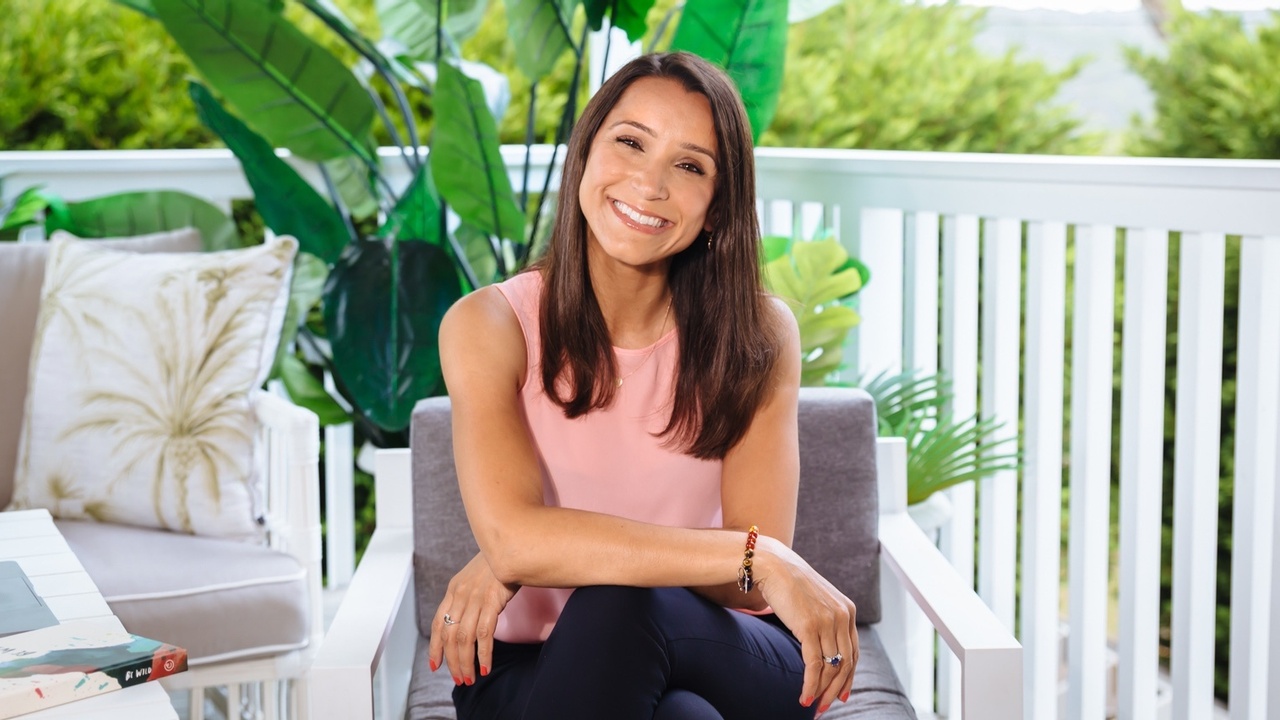 When I set the intention to make July the month I focussed on Mindset I didn’t think Sydney would be in lockdown.

It’s been an interesting few weeks, and I don’t know about you, but I know I feel the heaviness that is around us at the moment.  Businesses that have been forced to close, people worrying about their jobs and wondering if they’ll be ok. Families navigating home schooling again and many of us feeling anxious and worried about what the future holds.

My feelings of heaviness have been compounded with the news that another relative of mine in the UK, someone who was only 18months older than me, committed suicide.

With two family members who have taken their lives in the space of three months I’m recognising how incredibly important it is for us to look after our mind and our emotional wellbeing at this time.

Hearing the news has also given me a healthy dose of perspective – I’d got myself... 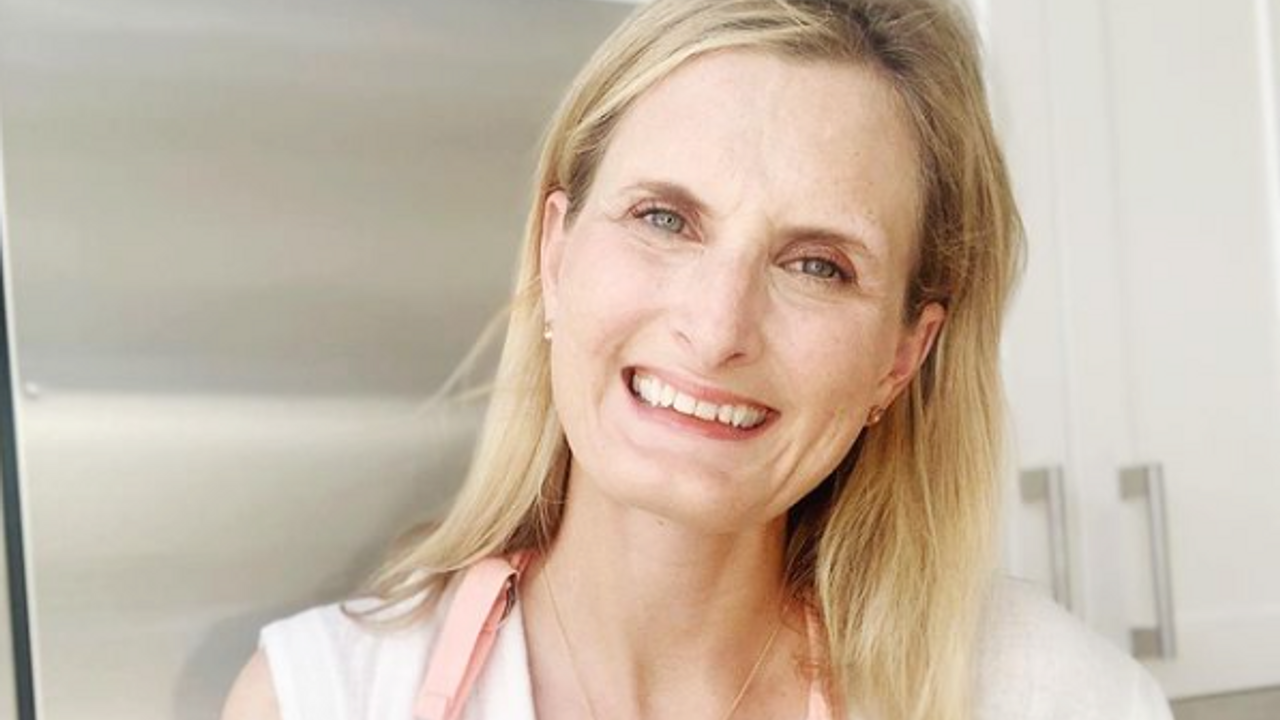 The stats are clear, around the world, women spend two to ten times more on unpaid care work than men and this inequality is linked to discriminatory stereotypes on gender roles.

The extra visible load is obvious and, to be fair, many men have over the last 10 years picked up more of this load, taking on more cooking, washing, childcare etc.

But it is the 'invisible' load that is a bigger issue, the planning, the organising, the decision making around everything that goes into running a household and managing kids. Many women have unconsciously adopted the role of the 'household manager'. There was no recruitment process for the job, societal norms and a lack of awareness has resulted in women adopting this unpaid and often unrecognised role in many homes.

Examples of the ‘invisible’ load

A partner refuses to get the kids dressed because he doesn't know what to dress...

You are NOT a Narcissist 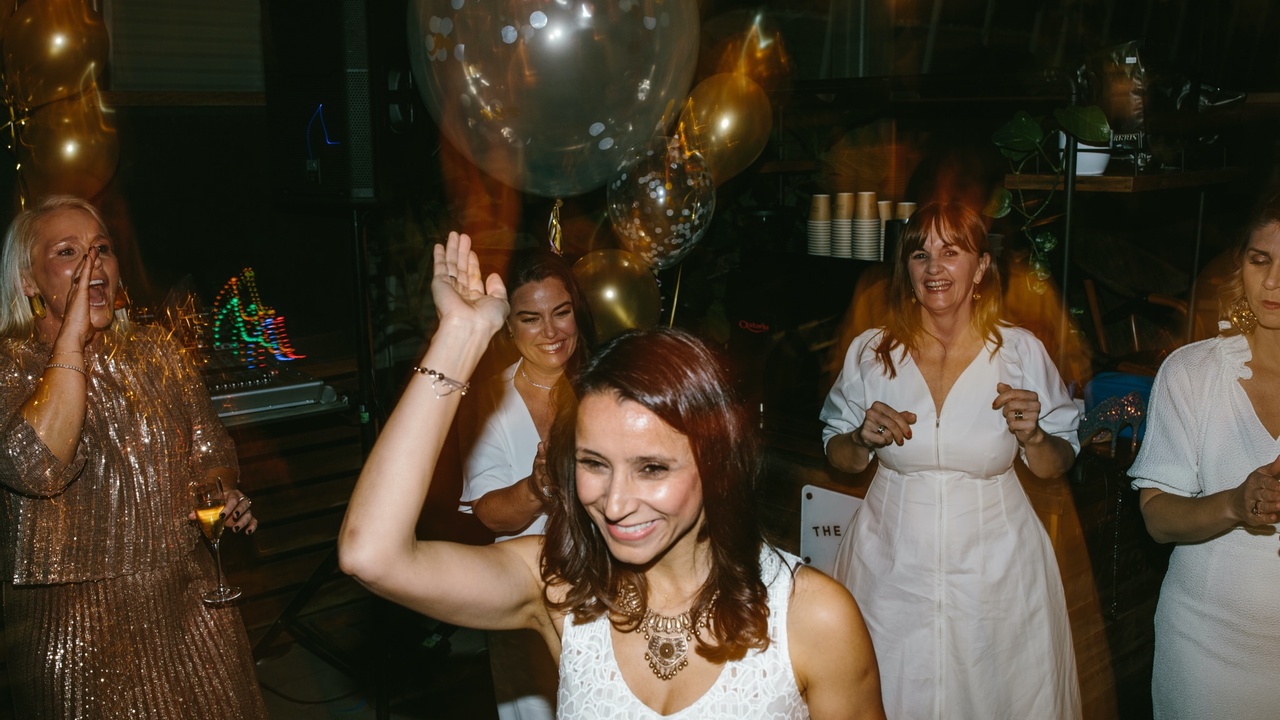 I hadn’t imagined that I’d be talking about narcissism in Episode 30 of the Unstoppable Woman podcast but after attending a recent business retreat in Noosa I knew this had to be the subject I dived deeper into.

Sitting among sixty women all working to grow their business and create the lives that they want to live – I couldn't believe that when it came to idea of stepping into their light nearly every woman was wrestling with her own mind on promoting herself and her business.

When asked why they gave reasons such as "I don’t want people to think I’m a narcissist, that I’ve got this deluded sense of self-importance and a need for admiration".

Nearly everyone had a narrative that said " I why would anyone care about what I’ve got to share and who would listen?".

It got me thinking and self-reflecting.  I had this beautiful moment of Sonder.  The moment that I realised that everyone was feeling the same way I had (and... 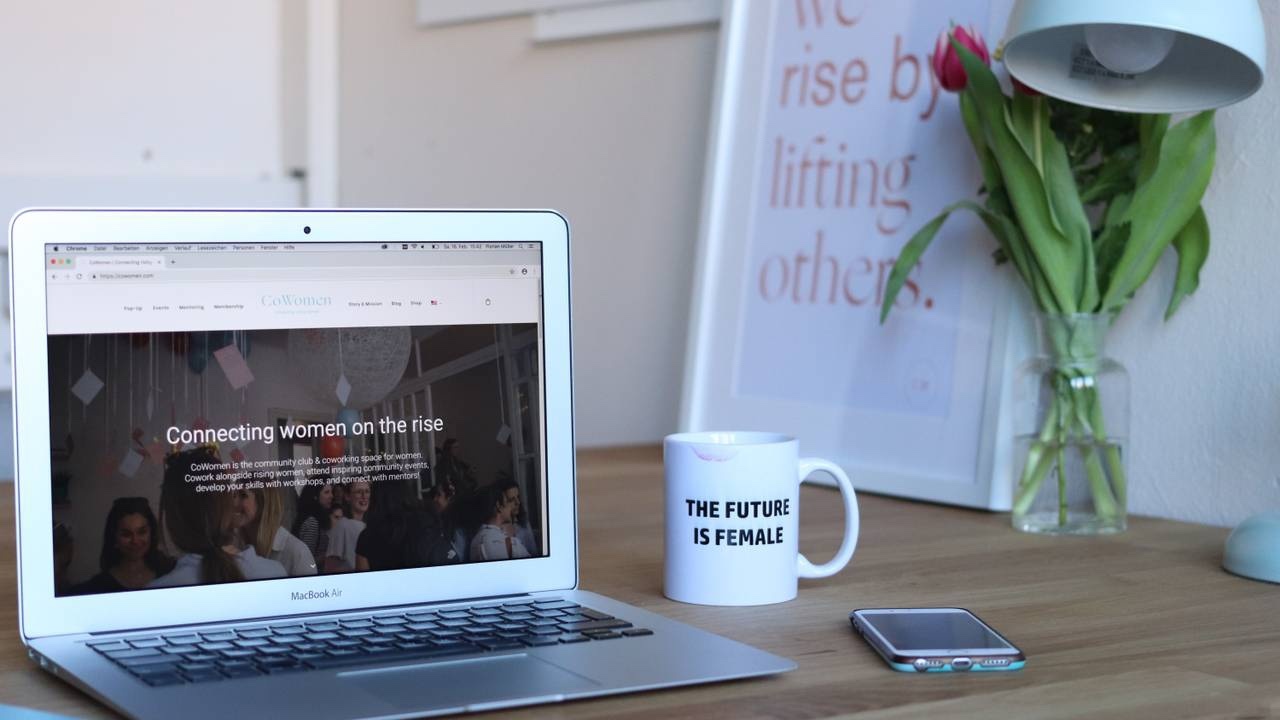 It wasn't until I left my finance career in 2018 and started building my coaching practice that I really began to really understand female psychology and the challenge that's facing the corporate world in getting more women at the top table.

I realised very early on I'd chosen one of the most difficult niches to get to work with.

Because I discovered that.....

Women tend to have a reluctance to invest in themselves

And if your businesses aren't investing in you well it becomes quite the challenge to get a 50/50 gender representation at the decision making table.

Over the time I've been coaching and developing my practice I've noticed these consistent themes come up.

1. "I really want to but it's not the right time" - often it's because it's a really busy time, work is full on and you don't know if you can dedicate the time or the energy.

It's sounds like a regular day for most corporate leaders and those of you that can see the irony will understand it's...

How to lead with certainty in times of uncertainty 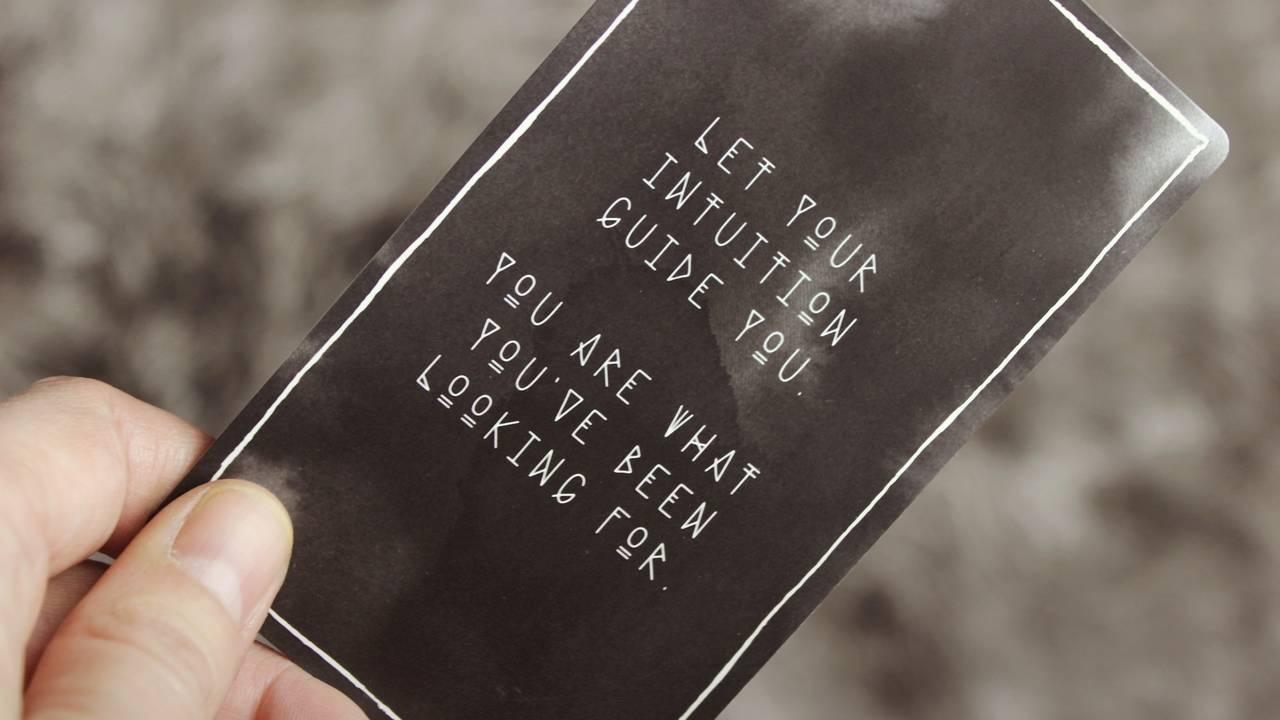 There are plenty of things you can be certain of in these uncertain times, that make you a much stronger leader.
Right now, the world around us is dealing with a significant magnitude of change and it feels like there is a huge amount of uncertainty facing many of us.
How long will this last? Will I be safe? Will my family and friends be ok? Will I have a job? Will I be able to cope with working and potentially home-schooling for another 6months? Will I keep my sanity with this isolation? Will my business survive? What will happen to the economy if this continues for the remainder of the year AND beyond?
So many questions and some of them can’t be answered – we don’t have certainty.
But when it comes to executive leadership we need to lead with certainty even when it feels like there is none.
So, what can you be certain of at this time?
1. This too shall pass – it always does
2. You can and...
Continue Reading...

The boundaries you need now are more than just physical distancing 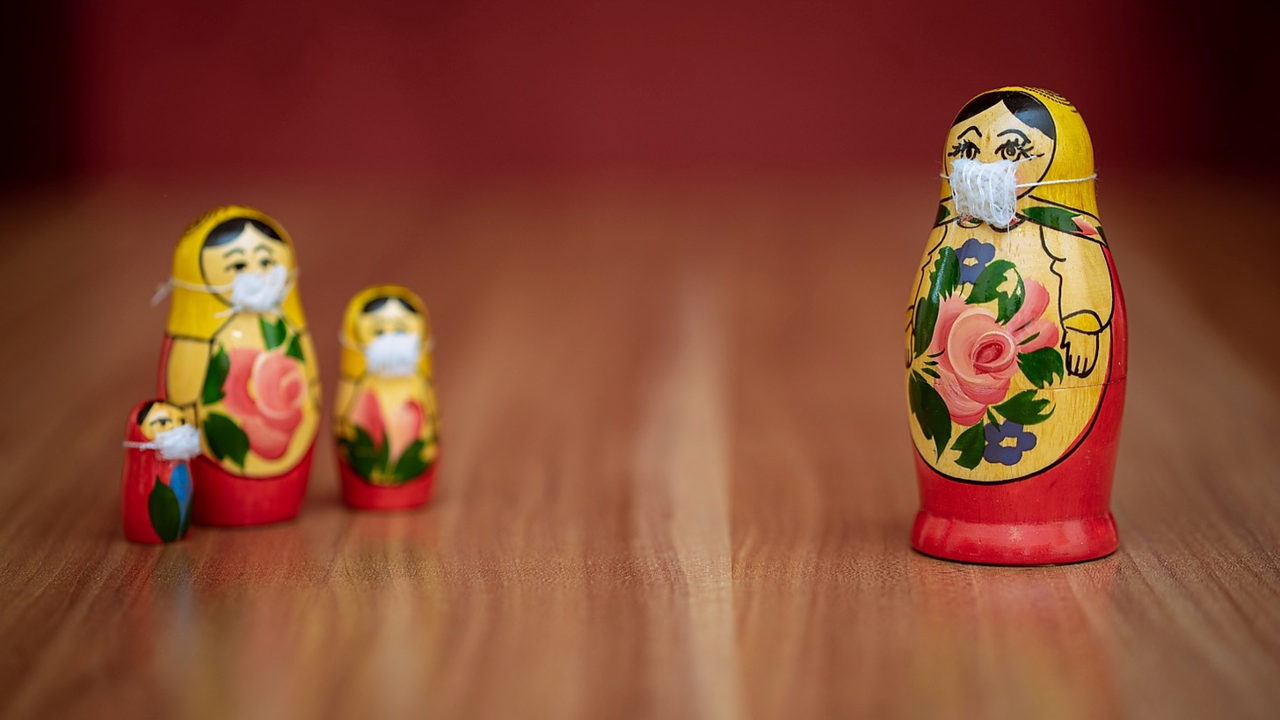 Today whilst many focus on the physical boundaries needed to keep safe there is a significant lack of boundaries that many will feel the effects of far beyond the Corona Virus.
As we settle into this new normal the boundaries between work and life have become more blurred than ever.  Connecting with many of the women I work with, senior executives with established corporate careers, and I learned how much there is a significant need for more than physical boundaries.
The three biggest challenges they are facing right now are:
1. Overwhelm and Anxiety
Along with executive careers, they have now taken on the responsibility of not only doing a full-time job but now being on call whenever their bosses choose to – after all, now that everyone is at home, it’s fine to call at all hours isn’t it?
With teams to look after remotely, they also are now home-schooling, maintaining the ongoing functioning of their...
Continue Reading...

Why resilience isn’t about bouncing back from adversity 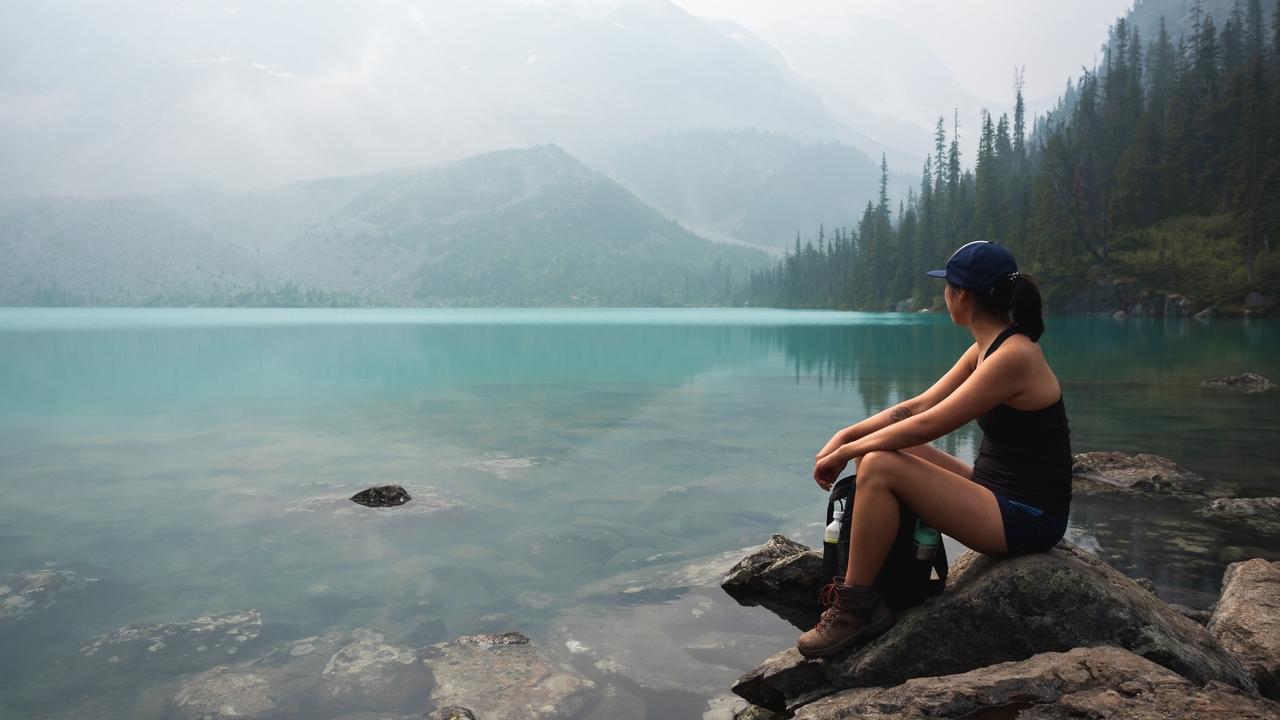 Most people would be forgiven for thinking resilience is about bouncing back after adversity and some may believe it’s about bouncing forward but in reality, it’s not about either.
Resilience is about re-adjusting your stance, about re-centring yourself and getting present to the current moment so you can acknowledge that you are still alive, still breathing and still human.
From that space there is much greater consciousness in the choices you make that will help you ease the pain from your past and help direct your future.
Let me explain….
There are so many things that challenge our resilience levels, a global pandemic, economic challenges, the programming of our childhood, traumas at the hands of others, natural disasters, accidents, loss of loved ones, our work environments, our home environments, setbacks we’ve endured, marriages that have ended, difficult relationships, people we have been let down by, our...
Continue Reading...

Who Moved My Cheese? 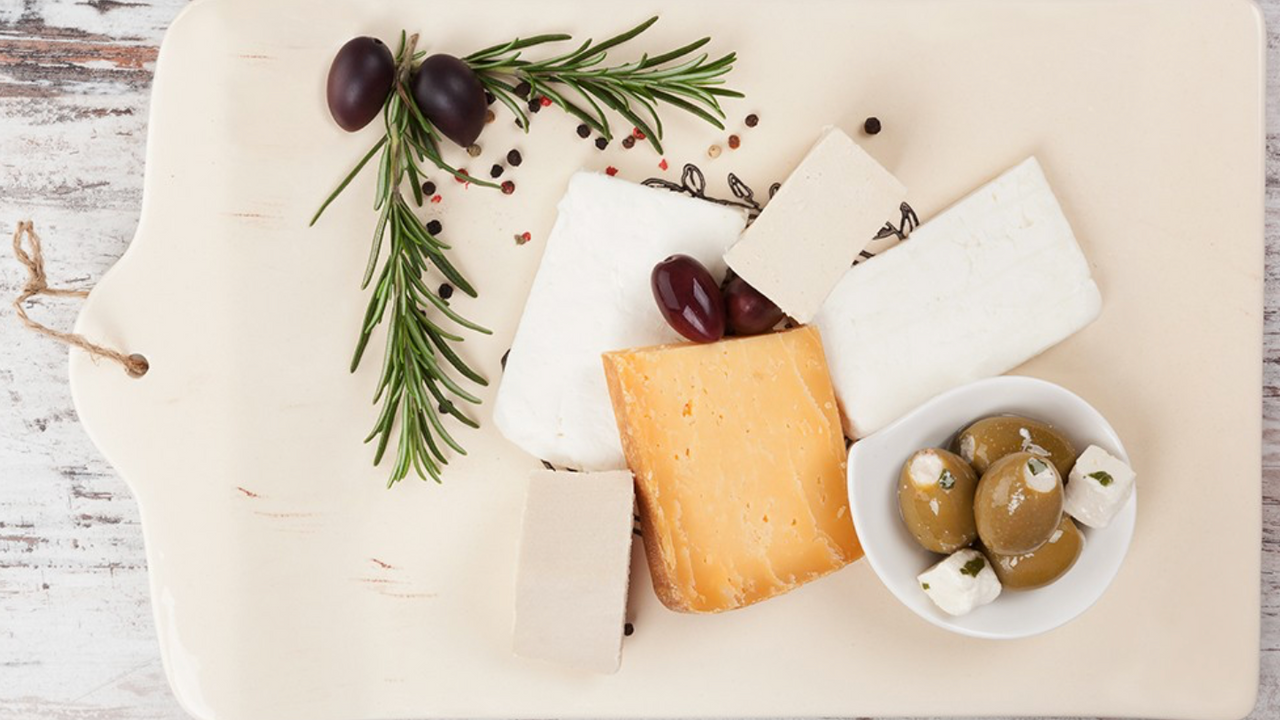 Why is it that even though we know change is inevitable, we still fight against it?  Is it a fear of the unknown?  Is it a belief that the future isn’t going to be as good? Or is that we are happy and we don’t want things to change? Perhaps it is all of those.
Change is a fact of life.  Nothing ever stays the same, the seasons change, we get older, we grow in our understanding; we change our jobs, our homes, our friendships, our partners, our clothes, and our mind!
We experience change on a daily basis and it is necessary for our evolution that we flourish in this ever changing environment.  Yet whilst we know change is a necessary part of life it is something we often find ourselves resisting.
A number of years ago I read a book which was recommended to me called ‘Who Moved My Cheese?’  It’s one of those books that you could read at any age but one which is so profound that it...
Continue Reading... 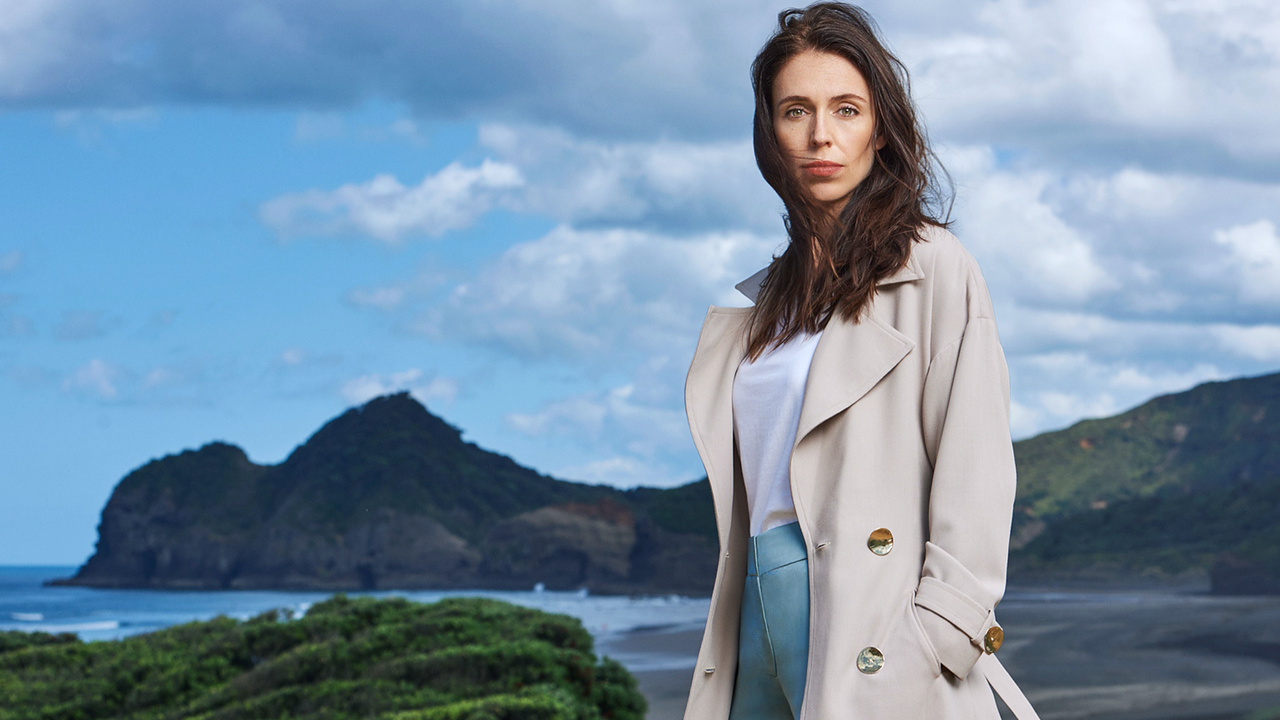 In large successful organisations it’s very easy for mediocrity in leadership to be the norm. It sounds counterintuitive but it’s easy for leaders to lead when times are good, it’s only when you are required to lead in a crisis that the need for competence and demonstrable ability to perform under pressure magnifies. In these times there is usually no place to hide and any mediocrity is often surfaced.
It’s in times of crisis, hierarchies disintegrate, and people follow those leaders that bring down the emotional temperature of the organisation and demonstrate their leadership competence under extreme pressure.
Covid-19 has been a great example of leadership under pressure and we’ve all had front row seats to a world stage observing global leadership in a time of crisis.
What’s been interesting to observe is the impact female leaders have had and the recognition of their skills on a global scale. I’m talking about...
Continue Reading...
1 2
Close

In this course you'll learn how to: 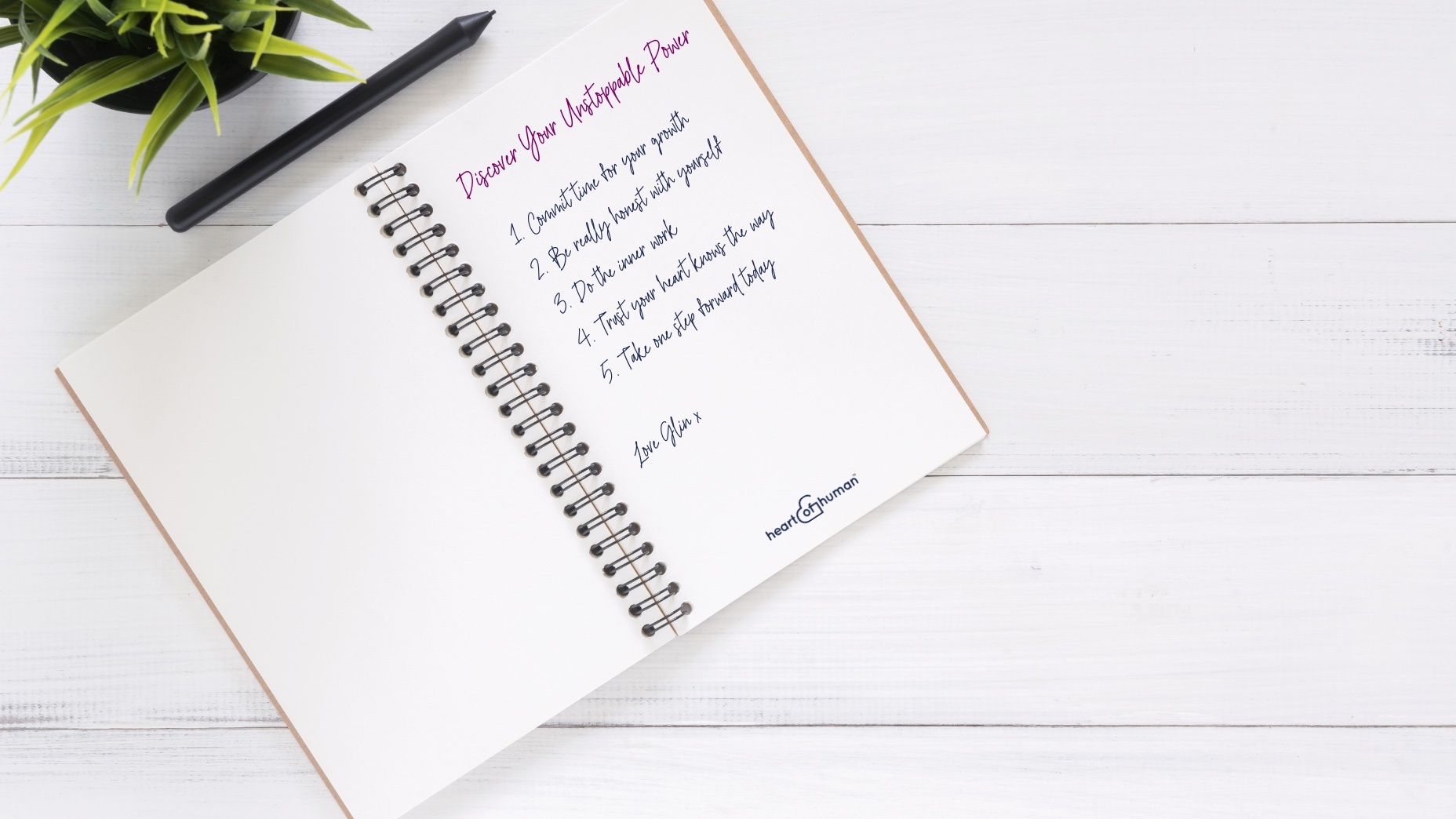